Weiqi “围棋” is an ancient game originated from China, with a definite history of over 3000 years, although there are historians who say that the game was invented more than 4000 years ago. The Chinese call the game Weiqi, but it is commonly know as Go internationally,  in Korea it is known as Baduk, and Japanese call it Go or Igo, while Taiwanese call it Goe or Weiqi.

This game is getting increasingly popular around the world, especially in Asian, European and American countries, with many worldwide competitions being held.

The game of Go is played on a board as shown below. 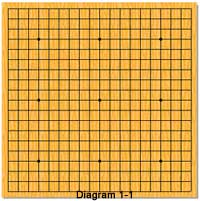 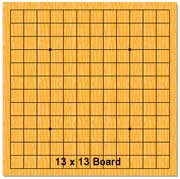 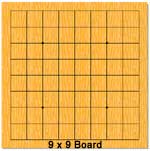 The Go set comprises of the board, together with 181 black and 180 white stones each.

However, the 9×9 and 13×13 boards are usually for beginners; more advanced players would prefer the traditional 19×19 board.

Compared to International Chess and Chinese Chess, Go has far fewer rules. Yet this allowed for all sorts of moves to be played, so Go can be a more intellectually challenging game than the other two types of Chess.  If you perplexing online games such as party poker, or complex puzzles  like sudoku, then you’ll probably enjoy getting your head around the  game of Go Nonetheless, Go is not a difficult game to learn, so have a fun time playing the game with your friends.

Several rule sets exist and are commonly used throughout the world. Two of the most common ones are Chinese rules and Japanese rules. Another is Ing’s rules. All the rules are basically the same, the only significant difference is in the way counting of territories is done when the game ends.