a.    To encourage MWA members to play serious games.
b.    To set up and/or stabilized MWA Weiqi ranking system.
c.    As one of the way to select player(s) to represent MWA for international tournaments, besides normal selection.
Tournament List:
* Based on the voting cast by 12 members in MWA Whatsapp group from 17th-20th November 2015.

2.    Main requirements for joining the league

a.    Official member of MWA.
b.    Have at least a steady rank:
i.    MWA Ranking, or
ii.    Online ranking with at least 100 game records and steady rank for the past 1 month.
iii.    Minimum 9 Kyu and maximum 6 Dan amateur.
iv.    Ranking Point will be based on official MWA Ranking, be it being awarded by the President, with consent from other EXCO members, or achieved through exam.

b.    There will be 2 points system in the league. 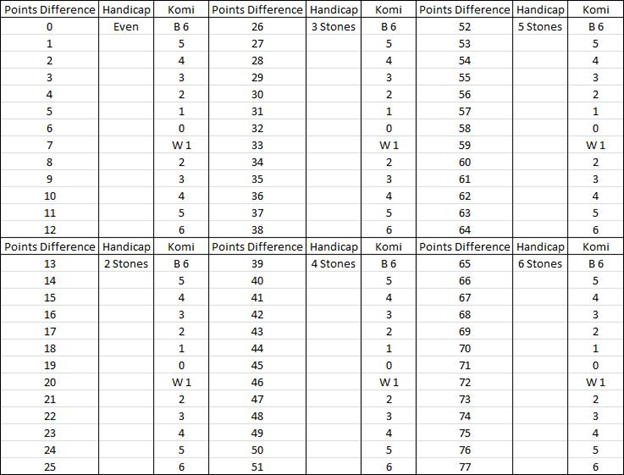 c.    Maximum Handicap must be 6 stones or below. Handicap beyond the mentioned range
is not allowed.
d.    Length of the league will be 3 months of playing +1 month of intermission (3 leagues a year).
e.    Minimum of 12 games or maximum of 20 games must be played within 3 months of each league.
f.    Maximum of 2 games, whichever games agreed by both players, with the same opponent will be used as official results for adjusting both point systems during the end of the league.
g.    Weiqi rules must follow Japanese counting system with 6.5 komi if even game.
h.    Allocated time for each player is 60 minutes with 1 x 30 seconds extra time (Byo-yomi system).
i.    For each game under the minimum quota, 30 points will be deducted from League Points.
j.    Minus points will be given to the player who do not have enough point for deduction.
k.    Player can request to rest and not join the league before the new league start. But, any game played within this period with whomever, will not gain the player any points.
l.    Game results must be reported on Whatsapp/Facebook MWA League Group on the same day the game is played.
m.    Game results must be recorded by both players as in the format below. 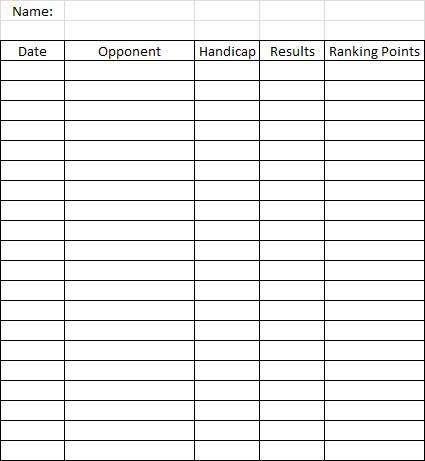 s.    Minimum of 20 League Points will be awarded to the last ranked player.
t.    Extra 20 League Points will be given for each rank going up in that particular league.
u.    MWA president, with the majority vote of the EXCO members, can adjust the Ranking Points for the said over-achiever or under-achiever of the league, to encourage fair sportsmanship.
v.    Adjustment on Ranking Point will also be based on MWA official exam results, and/or based on achievement in tournament, which will be used in the next league.