A fun and interesting way to play Go 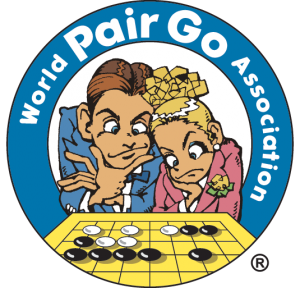 Pair Go is played by teams of two players – one male and one female – and was invented by Hisao Taki in 1990. It has quickly evolved into a new, formal, variant of Go, popularly played in many national and international tournaments.

The World Pair Go Association was founded in 2008, to enable Pair Go to be promoted as a serious event and to be part of international tournaments at the same level as other worldwide mind sports.

Historically, Go with more than one player each side – called “Rengo” – has been in existence for hundred of years. Rengo was and remains to be broadly used in social occasions, often as a celebrational activity. Pair Go goes beyond such “play for fun” status, however; as witnessed by multiple, serious international championship competitions that involve top professional Go players.

The allure of Pair Go is gleaned by noting that, whenever more than one player is involved and no conferring is allowed, new game ideas emerge. In Pair Go each player must try to attain collaboration and tacit understanding with his/her partner in order to win. In the process each player gets to learn from partner’s depth of thinking and play style. Pair Go therefore can be used as a learning tool as well, especially for the weaker member of the pair.

A Simple Guide to Pair Go, click the link below to watch a intro video  ==> http://www.pairgo.or.jp/simpleguide/

Pair Go was started in Japan in 1990 to promote Go as a more social activity with the aim of attracting more female players to competitions. The etiquette is part of the means of making events more attractive.

Apart from the special rules of Pair Go, in principle the Japanese Rules of Go (adopted April 10, 1989) are applied.

1. Pair Go
In principle, the game is played between male-female pairs. The two players in each pair are called partners.